So, here it is. We've come to the end of my gaming year-in-review. Honestly, this one has been the hardest for me of the three years I've done this so far. I ended up having a lot more to say about these games than I thought. I can't believe I originally intended to review all of these games in one post!

Just to wrap up, here's the list of Games That Mattered to Me in 2018, with links to their full posts:
But before we're done, I'd like to call out just few other games that I really enjoyed in 2018, but didn't have as much to say about. These are in no particular order: 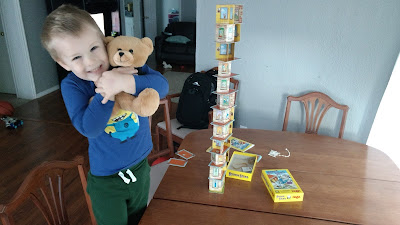 What's a year retrospective without some predictions? Here's some quick thoughts about where I think gaming is headed for 2019:

This is a topic that deserves a lot of words, but if you've read the rest of the posts in this series, you've read a lot of those words already. Because this post is all about bullet points, here's my bullet-point summary about why games matter, based on what I've learned while writing this series:
Videogames mattered in 2018, they'll matter in 2019, and they'll matter for the rest of human history.

To everyone who's read this whole series--and even to those who just read this post--thank you so much for reading. I love writing about games, but I love it even more when someone reads it and responds. Your support means a ton to me. Thank you so much. 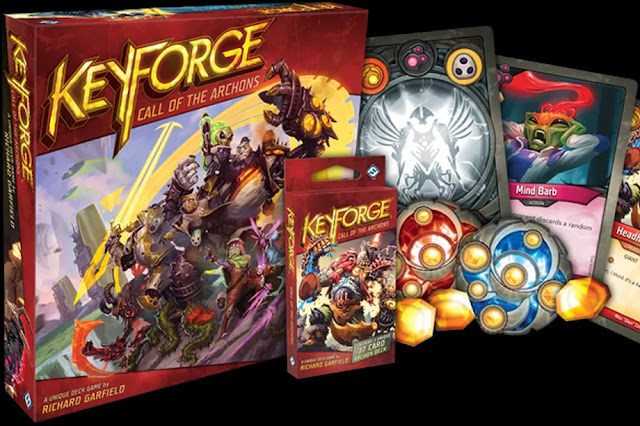 Do you know who Richard Garfield is? I honestly have no idea how famous he is by name, but he's like a god to me. A lot of fields--especially young fields--seem to have a figure emerge that just produces an impossibly large amount of extremely high quality work. Think Michael Phelps or LeBron James--just the absolute stars of the stars. For videogames, that figure is Shigeru Miyamoto. It's just not fair to the rest of the industry that one guy was able to create Mario and Zelda and Donkey Kong and Pikmin, and that he has consistently produced content of the highest quality in all of those franchises at an impressive clip for decades on end. For card games, though, that figure is undoubtedly Richard Garfield.

I read in a chemistry book in high school that if Einstein hadn't come up with the theory of relativity, he'd still probably be the most accomplished scientist of his generation, if not all time, for all the other work he did. That's how I feel about Richard Garfield and card games. Even if Richard Garfield hadn't created Magic: The Gathering, the undisputed king of card games, he'd still probably be one of the greatest designers in tabletop gaming history for Netrunner, King of Tokyo, The Great Dalmuti, and more. He just has an astoundingly great output of top-tier games.

But I've always had to learn about Garfield's games after the fact. I've had to play them after they've risen to the top, and had to read about their history in the past tense. I've never had the privilege of being there on day 1 for a Richard Garfield masterpiece. Not until 2018, anyway.

Email ThisBlogThis!Share to TwitterShare to FacebookShare to Pinterest
Labels: gtmtm18, Keyforge: Call of the Archons, Magic: The Gathering, Richard Garfield 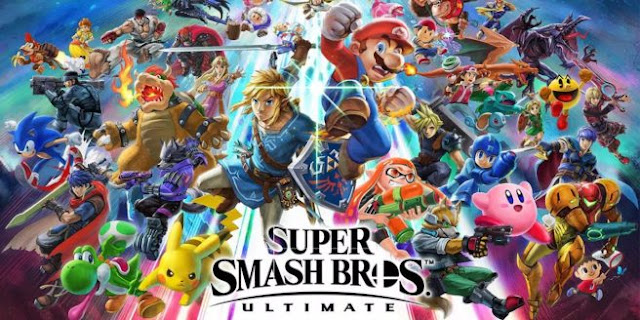 In my experience, if you were born before 1989,  you played Mario Kart on SNES and Nintendo 64 growing up, and had intense Mario Kart tournaments with your roommates in college. If you were born in 1989 or later, however, the most important Nintendo party game of your life was Super Smash Bros., and in college you either played the original again or crossed over to Super Smash Bro. Melee (or Brawl if you were less competitive).

However, as I said in my last post, I didn't grow up with videogames like most people my age, so while I played my fair share of Super Smash Bros. at friends' houses, the first version I actually owned myself and could play regularly was Super Smash Bros. for 3DS, which I bought in 2015 after I finally gave up and traded in my PlayStation Vita to GameStop.

I was so excited to finally own a Smash Bros. for myself and be able to sink real time into it so I could actually compete with my friends when we got together. I dove in and ran through all the single-player content the game had to offer, ready to learn and finally get it so that I could really compete.

Didn't happen. Even after putting a good number of hours in, when we got a group of friends together and booted up Super Smash Bros. for Wii U, I would still get destroyed, to a level that clearly showed that I still didn't really get the basics of actual PvP Smash. It was extremely frustrating, and when I bought a Wii U, I passed on Smash Bros. entirely because I was resigned to just never understanding it.

So, fast-forward to 2018, and Ultimate is releasing. I pre-ordered the game, but almost out of obligation. I didn't expect to love it, but I knew more of my friends would be playing this than almost any other game out there on any platform, and I wanted to play along. So I didn't even really pay attention to the announcements or anything, just placed my pre-order and waited for the cartridge to show up so I could try it out.

The day finally came, and all I can say is wow, was I wrong about this one.

GTMTM '18: Celeste, the Best Coach I've Ever Had 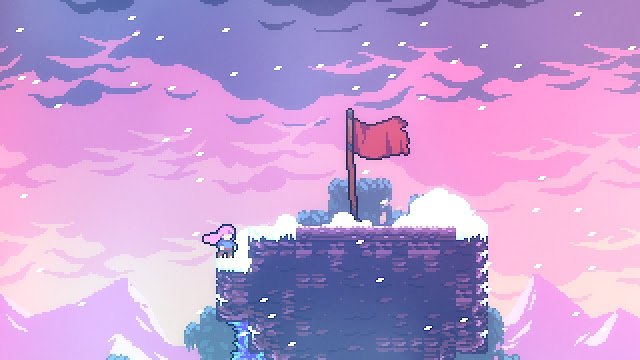 I played a lot of basketball in jr. high and high school, and I had a lot of different coaches. All of them tried in their different ways to push me to be my best, but I felt like most of them cared more about their own ego than the success of our team or the individual players on it. By my junior year of high school, I decided I'd had enough, and didn't even try out.

Years later, I've finally found a coach that I feel like cares about me even while pushing me to my absolute limits. That coach is Celeste. 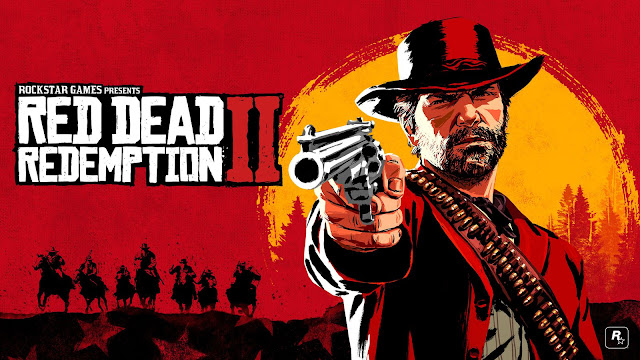 And so one of the villains of our last story becomes the hero of a new one. That's a fitting fate for Red Dead Redemption 2, though. It's a game that loves its moral ambiguity.

In fact, it's a game that seems to just love ambiguity in general. Maybe too much. It's a game that's so open-ended that a lot of ink (well, pixels really) has been spilled complaining that the game never justifies its existence, and the majority of it doesn't even matter. To be honest, I think that's entirely on purpose, and even more, that's the whole point of the game.

**Some spoilers, and also a disclaimer that I have not finished the main story, so I'm only writing about my experience that I've had with about 40 hours of playtime, up to chapter 4.** 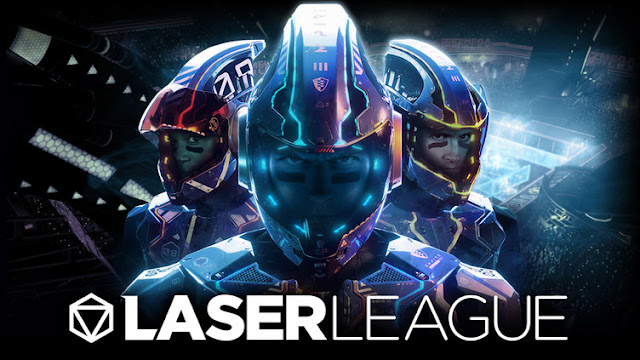 In 2009, a startup game studio calling itself Riot Games released a little game called League of Legends. It was relatively well received at the time, but with constant game updates and canny business strategy, LoL grew to become one of the biggest games in the world.

In 2015, a different independent developer released their second attempt at an idea so simple it's amazing no one else did it first: car soccer. Thanks in part to a hyped beta period and a free download for PlayStation Plus members, Rocket League exploded out of the gate, and rose to also be one of the biggest games in the world.

In an alternate 2018, yet another indie studio released the final, worthy conclusion to the League trilogy: Laser League. In that 2018--one that looks very much like ours but with just 3 key differences--Laser League found success on the same level as the first two games in this smash hit trilogy, with huge player numbers, constant press coverage, and countless stream views. But we didn't get that 2018. Instead, we got one of the saddest Steam charts I've ever seen: 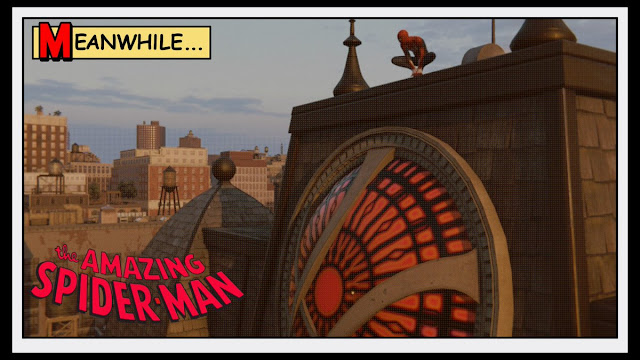 I've hitched my hype cart to a lot of games over the years, gushing my enthusiasm to everyone around me to try and get them on board. Some have worked out (Witcher 3, Metal Gear V), and others not so much (No Man's Sky, Fallout 4). After all of that, though, I think Overwatch is still my proudest bet. Right from the first time I saw that Pixar-looking trailer and explored the whole website that went up all at once in November 2014, I could feel that something special was happening. And from that first reveal all the way through launch in May 2016 to today, Overwatch has only grown more important to me. It became an even bigger deal in my life this year because of the launch of the Overwatch League, in more ways than I could have ever expected.
Read more »
Posted by pobbles at 7:48 AM 1 comment:

What if a free-to-play mobile game was designed to make you feel like a rich whale playing a free-to-play mobile game, and it was crazy generous with premium currency, made the grind feel like you were always progressing in huge leaps and bounds, and told you all over the place, all the time just how powerful and awesome you are? For people who pre-registered at least, that's exactly what Darkness Rises turned out to be.

The Games That Mattered to Me in 2018 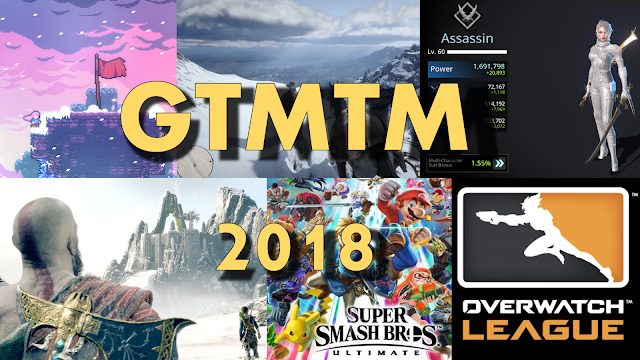 You've seen me list every game I've played in a year before, and even keep track of how much time and money I spent playing every game, but this year I wanted to do something different. After last year, I was tired of keeping track of every little thing and felt like it was distracting me from the experiences I wanted to have with games. So this year, you're getting a much shorter list: the games I played in 2018 that actually mattered to me (GTMTM).

These are the games that made an actual impact on my life--the ones I thought about even when I wasn't playing them, the ones that made me feel something strongly, the ones I talked to people about and shared and loved. There's not real scientific or consistent criteria for what made this list, and that's the whole point. Each for its own reasons, these are the 9 games that actually mattered to me in 2018, in chronological order of when I decided they were going to be on this list:

And that's it. I'm sure I played 100+ games again this year, just like previous years, but these are the ones that really meant something to me.

But what do these games mean to me, exactly? Let's discuss. Over the next 10 days, I'll publish a new post every day about the next game on the list, ending with an "Honorary Mentions" and conclusions post. I'll come back and update this post with links each day. As you can see, you can start right now with God of War. Enjoy, and let me know which games mattered to you in 2018!

Posted by pobbles at 8:00 AM No comments:

This is the only God of War game I have played, and to be honest, I never thought I would touch any game in this franchise. I always thought these games looked gross, and then when I watched Anita Sarkeesian's videos, I was beyond repulsed.

But right from the first reveal, this game was different. In particular, I was continually impressed by the game's new director, Cory Barlog. He seemed to have a very different concept for this franchise, and to be a genuine, passionate, and creative guy, and it showed in every trailer and clip released before launch. Finally, when the reviews came in and were almost universally gushing, I decided to give it a shot.